On July 31, 2014 NASA announced the selection of the Scanning Habitable Environments with Raman & Luminescence for Organics & Chemicals (SHERLOC) instrument for the Mars 2020 rover arm. SHERLOC is a deep UV fluorescence/Raman instrument that has at its heart a compact, narrow-linewidth, deep UV laser, developed by Photon Systems, Inc., and further refined through several JPL and SBIR contracts. This laser enables spatial mapping of fluorescence emissions and Raman scatter of organics and astrobiologically relevant minerals on abraded surfaces and boreholes created by the rover coring system.

Click here to view the SHERLOC instrument on the arm as it is folding into the Rover body. 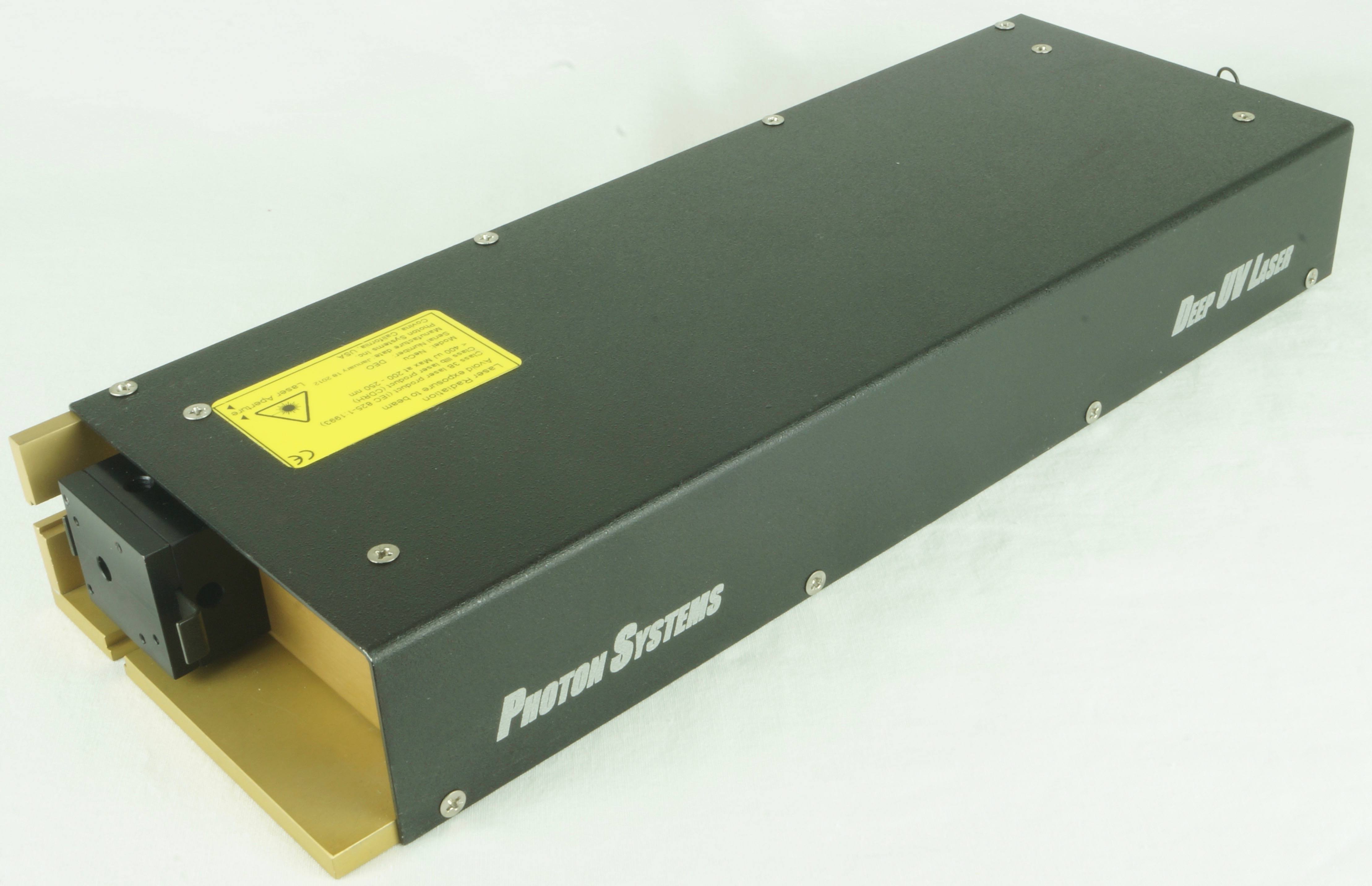 The photo to the right is of the breadboard SHERLOC instrument with dimensions about 2.4" high by 7.9" wide by 6.3" deep with the ability to perform Raman
fluorescence chemical maps over a 1 square cm area. Weight is less than about 9 lbs. 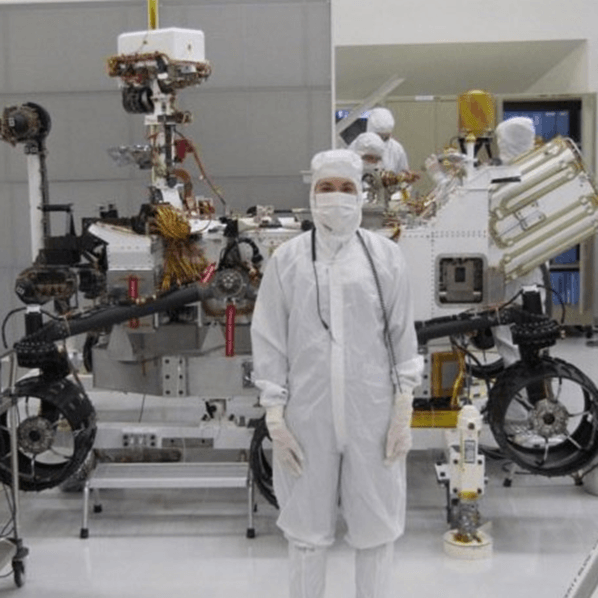 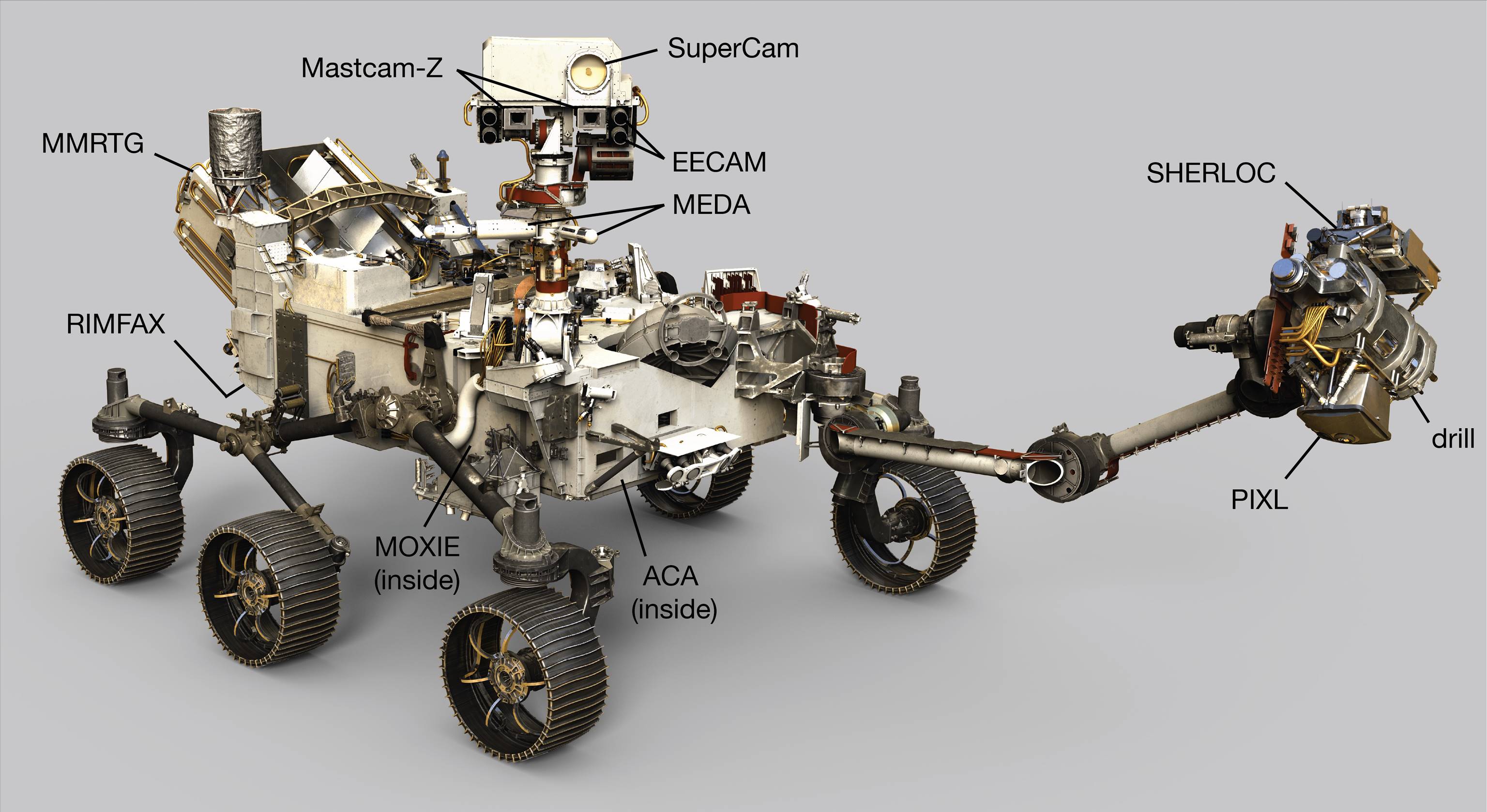 The Photon Systems’ 400 gram neon-copper (NeCu) laser provides excitation at 248.6nm with a linewidth less than 0.5 pm.  Sub-250 nm excitation is key to
enabling simultaneous detection of Raman and fluorescence emissions. The Photon Systems’ NeCu laser turns on instantly without the need for preheating, warm-up, or temperature regulation at ambient temperatures in a range from -135 degC to +70 degC. The laser has been tested over these temperature extremes as well as three times the shock and vibration limits imposed for similar Mars missions without failure. These lasers have previously been vetted on many expeditions to harsh environments on Earth such as Antarctica, the Arctic, and the deep Ocean. 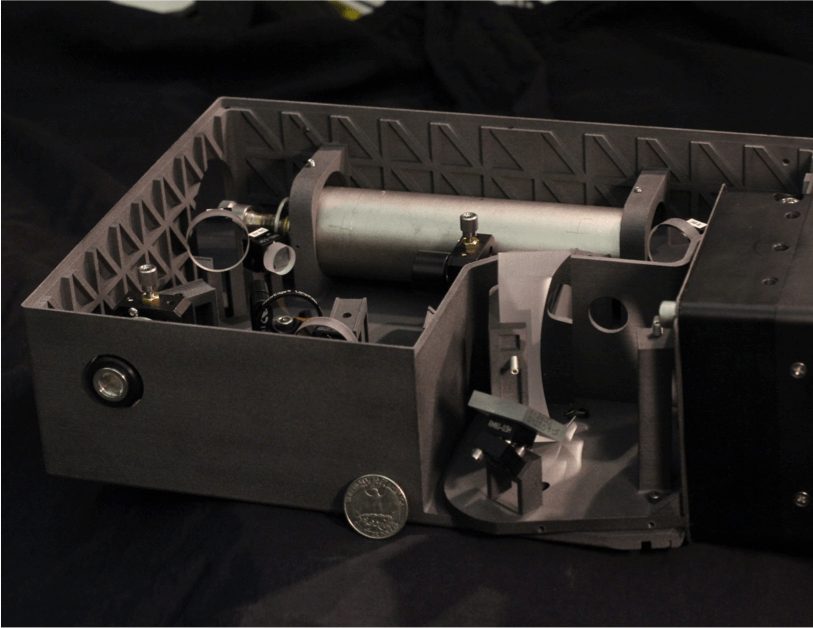 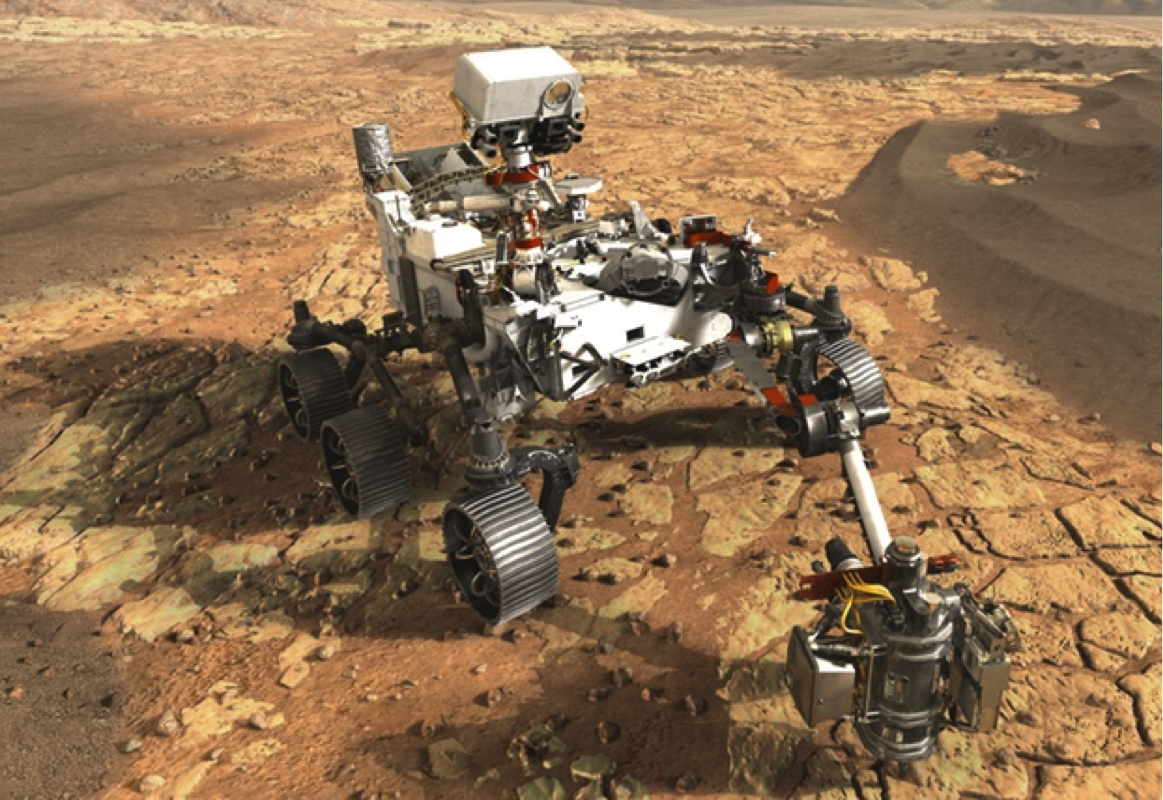 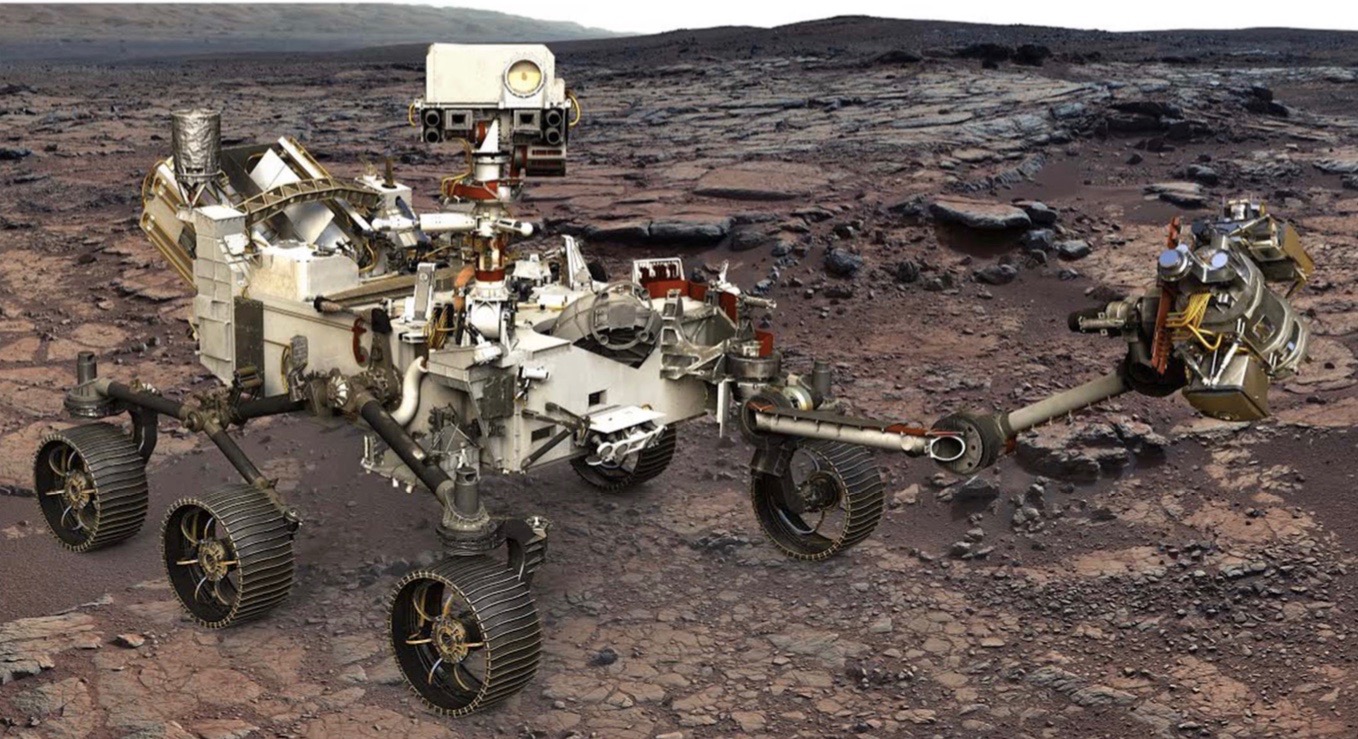