Naphthalene has been identified by the National Research Council as a serious health hazard for personnel working with jet fuels and oil-based sealants containing naphthalene.

Naphthalene is a one to three percent component of the 5 billion gallons of jet fuels used annually by DOD and 58 billion gallons worldwide. Naphthalene is also a component of many other petroleum products. It is a large component of asphalts and other oil-based sealants. The DOD is the single largest user of petroleum fuels in the United States. In 2002 the National Research Council (NRC) published, “Toxicologic Assessment of Jet-Propulsion Fuel 8”. This report states that exposure to JP8 is the single largest chemical exposure experience by war fighters and constitutes one of the largest health risks.

In 2004, the U.S. EPA drafted a health risk assessment newly characterized naphthalene as likely human carcinogen based on data derived from rodent exposure studies. This Integrated Risk Information System (IRIS) risk-assessment applied a model that arrived at a de minimus cancer risk level of 2 parts per trillion. The current OSHA PEL is based on a non-cancer endpoint and is 10 parts per million (ppm) or 50 mg/m3. In 2007, the DOD’s Chemical and Materials Risk Management (CMRM) Directorate elevated naphthalene to its “Action List” through a process of evaluating the impacts of evolving regulations on five defense functional areas. Impacts to the health and safety programs and the environmental cleanup programs were assessed as among the highest. Although the US EPA’s naphthalene health risk assessment won’t be finalized before 2012, the California EPA’s Office of Health Hazard Assessment determined naphthalene to be a human carcinogen in 2002. The American Congress of Government Industrial Hygienists is in the process of changing the carcinogenicity class of naphthalene from A4 (not classified as a human carcinogen) to A3 (confirmed animal carcinogen). In 2009, the Feasibility Advisory Committee of the California Division of Occupational Safety and Health recommended the State’s PEL be revised from 10 ppm to 0.1 ppm (0.5 mg/m3). Because naphthalene has both a high probability and high severity of adverse health impact, regulations are rapidly evolving.

Current regulation is based on Immediate Danger to Life & Health (IDLH), where the OSHA limit is 1.31 g/m3 as well as regulations on longer term exposure. PELs are based on an 8-hour time weighted average (TWA). Some regulations are based on a Short Term Exposure Level (STEL) using a 15 minute TWA. The current NIOSH STEL is 75 mg/m3 or 15 ppm. The STEL may decrease as understanding of the hazards increases. These regulations have been driven by the state of the art of real-time, in situ, sensors.  However, vapor concentration versus both time and space are highly variable.  At present, variability of exposure cannot be monitored. In addition, there are spatial and orientation mismatches in current data health risk data when air samples are directionally mis- oriented between the source and the individual whose exposure is being monitored.

In the near term, the NaDos naphthalene dosimeter will bring real-time exposure protections where there are none currently. In the longer term, new efficiencies are captured with the shift to real-time sensors/dosimeters such as the NaDos sensor. Compliance data are downloadable and can be logged directly into worksite databases rather than sent to off-site analytical lab to be retuned weeks later and transcribed into the records. In this regard, NaDos real-time sensor technology brings increased sustainability as it, a) reduces use of the solvents otherwise used in the analytical laboratory and, b) reduces the record keeping burden.

The benefit of this naphthalene sensor is to improve worker protection, both in the DOD and commercial arenas. Chemical–specific direct reading instruments, especially those with data logging capabilities, can provide a detailed record of chemical exposures throughout the work shift. The data can be immediately evaluated and used to alert workers and adjust work place controls when episodic exposures above established exposure limits occur. Traditional integrated industrial hygiene air sampling does not provide these benefits. 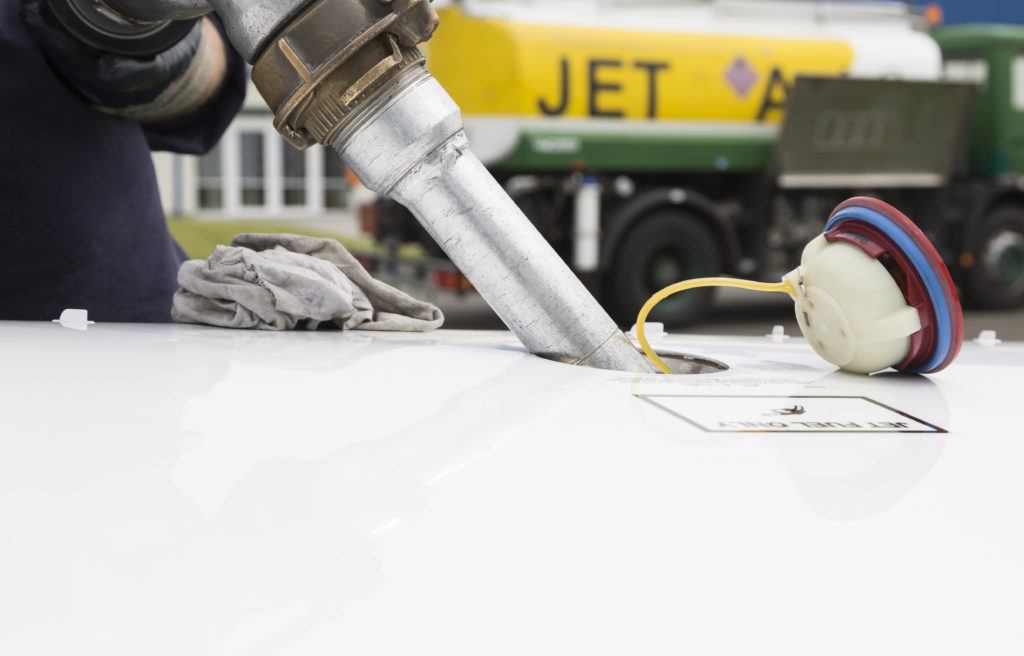 Jet A is up to 3% Naphthalene 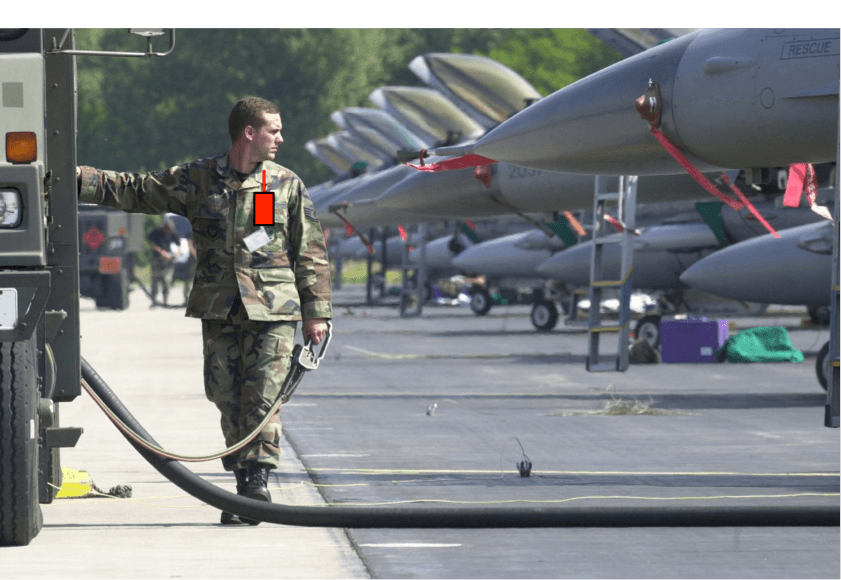 Exposure to JP8 is the single largest chemical exposure experience by war fighters. 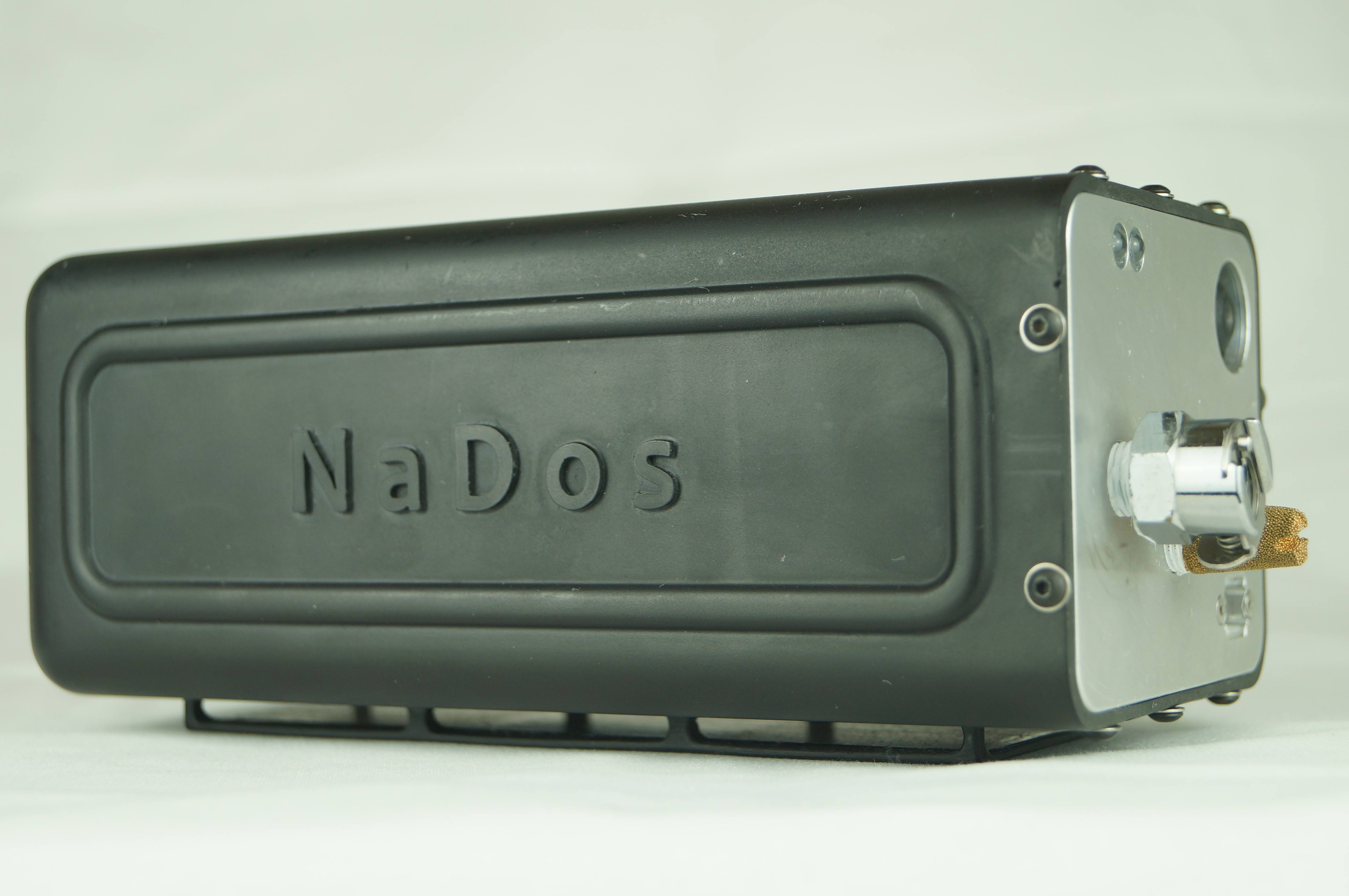 NaDos is a wearable personal exposure monitor (PEM) and near-real-time environmental chemical exposure monitor with higher sensitivity (<40 mg/m3) than a PID and extremely high specificity to naphthalene vapor concentrations in the breathing zone of the wearer.